Hi, my name is Mikaela and I would love to share my living with arthritis story - I truly believe that more people should know how life changing this disease can really be. 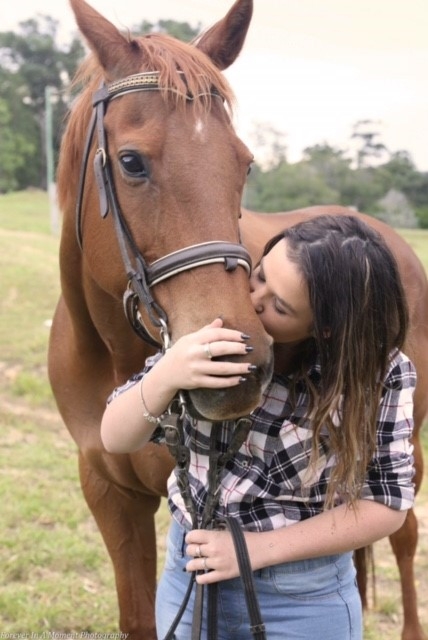 I was diagnosed with reactive arthritis just after my 16th birthday. I will never forget that week of my life. I had been on and off sick with strange illnesses for the previous 6 months - but the doctors couldn't find out why, so I was told it was all in my head. I kept pushing through my school studies, part-time job and sporting commitments until I was struck by a sore throat that would not settle. I struggled along until it finally started to affect my airways and I was admitted to hospital - for what we thought was going to be a couple of days. I was transferred from hospital to hospital until a doctor put me on steroids and I responded - so I returned home a week later. My joints were then at a point where I could not stand, sit or walk, but we just thought it was because I had been laying down for so long.

Three days later I was re-admitted to hospital because my body had just began to shut down, by this stage lifting my hand off the bed became too painful. It took a large team of doctors to finally realise what was going on - I had arthritis. I was sent to yet again a larger hospital where I met a doctor that put me on high doses of Prednisone and sent me home -telling me I’d be better within a few months. Two months later I was still getting worse and my family decided to start looking elsewhere for information. I was sent to Greenslopes Private Hospital where I started a number of new medications, and was told to reconsider my decision to finish year 12.

At this stage I was so lost - I had gone from a normal, fun, fit teenager to someone that couldn't walk unaided. I honestly had no idea that arthritis could affect someone so young, I always believed you were unlucky if you had it before you were 50 years old. My life goal was to gain a high OP score of below 5, study Paramedics and then advance within that job. Suddenly my life goal was just to get up every morning.

I had so many needles, scans and tests that all came back saying what we dreaded, the arthritis had reached every possible joint, including my lung tissue and spine. We then made the decision for me to severely cut back on school and work.

We are now almost three years on, I have had 4 different specialists, around 100 hospital trips, 6 surgeries and 4 lost jobs because of an illness I didn't even think happened to someone like me, someone young!

I'm now on Prednisone, Methroxate, Cimzia, Oxycontin, and a cocktail of other pills to dull the side effects of my main medications. I never thought that I would be able to hold down a friendship, let alone a relationship throughout this disease, but through all the bad I met someone that understands the illness and even injects my medications into me every week.  I'm currently unable to work, and heavily rely on my partner and family to support me financially. I have applied two times for the disability pension - both times being declined because I am not stable enough. This alone proves how little this disease is recognised.

Australia needs to start recognising this disease and start supporting the people that are living with it. There is not one aspect of my life that hasn't changed since being diagnosed, but I am still told the all too familiar line “It’s only arthritis, toughen up”.

I want the world to know what this disease is really like, and that we aren't just attention seekers that don't want to be working or active.

Click here to join our e-news list for updates on events, research developments, clinical trials and information on how to live well with arthritis.